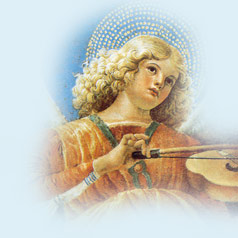 The Angels Page
For Your Spiritual Development

As an award-winning and certified psychic reader in Minnesota, Wisconsin and around the world, I have found that God is everywhere! God sends his angels to everyone for assistance! Besides being so blessed to see and hear them everyday in the spiritual with Archangel Uriel's ( Babaji) help, I have been doubly blessed to see Archangel Uriel( Babaji) many times in a physical body, most recently four other people witnessed seeing him at the same time that I did. These four people had once been in Spiritual Development classes in Minnesota and Spiritual Therapy classes that I had taught such as the Meet Your Angel I class at the Open U. I have been so blessed to have heard God's reverberating booming voice in a temple, along with three other people.

God really does exist and so do his angels. As a psychic, I have met people over the years who have met angels in the physical body besides the people I just mentioned: for example, there is a man here in Minneapolis that saw many angels in the sky with other soldiers seeing the same thing in World War II by Japan while their ships were being attacked. There is a woman here in Minneapolis by the name of Joanne Veldhuizen that was visited by an angel named Maribel when she was having a crisis and Maribel talked her into going home to safety.

When I first saw Archangel Uriel ( Babaji) with four others, I saw him move time and make it waver like hot sand while he finished a picture he was drawing in seconds, where it would have taken someone else hours to produce. The other people with me witnessed the same wavering of time and miracle fast drawing.

Angels do exist. If you have great faith in angels and God and you don't go into doubt and get skeptical; you just might see one in the physical. Uriel ( Babaji in the Himalayas) is the Archangel of Ministration: he always says that if you pray to God and ask for help with talking to your angels that he is always put on your team of angels. Uriel then says that he will get you up and going so you can talk to your angels if that is what you want.

There have been countless sightings of angels in the twentieth century. For instance, in World War I groups of soldiers saw angels on the battlefields. Frances Sydney Smith claims he was aided by an angel while climbing Mt. Everest in 1933. Likewise, a Scottish couple crossing Greenland on foot in 1967 say they were helped by an angel. Dorothy MacLean, one of the founders of Findhorn—a community in Scotland which transformed the barren land into a magnificent garden featuring fruit trees found nowhere else in the region—says she talks with angels.


I have seen a thousand times that angels are human form, or men, for I have conversed with them as man to man, sometimes with one alone, sometimes with many in company.


The angels are the dispensers and administrators of the divine beneficence toward us: they regard our safety, undertake our defense, direct our ways, and exercise a constant solicitude that no evil befall us.


They for us, fight, they watch, and duly ward,
And their bright squadrons round about us plant,
And all for love, and nothing for reward!


You will not fear the terror of the night,
Nor the arrow that flies by day,
Nor the pestilence that stalks in darkness,
Nor the destruction that wastes at noonday….
For he will give his angels charge of you
To guard you in all your ways.
On their hands they will bear you up,
Lest you dash your foot against a stone.


Many of the stories of Catholic saints tell of encounters with angels. In the fifth century, St. Patrick of Ireland was told by the angel Victorius to return to Ireland in order to spread the faith. Angels taught St. Anthony to make mats from palms, St. Ambrose to convert heretics, and Veronica of Milan to read and sing. Santa Francesca Romana was always aware of an angel by her side. St. Francis of Assisi was given his stigmata by an angel in 1224. St. Michael was the guide of Joan of Arc, and in the twentieth century, Theresa Neumann, who existed for thirty-six years on communion wafers, was "in serene daily contact with angels."

The foremost experts in the field of angel history, lore, and fact, say that the most noteworthy information on angels comes from several sources, including: 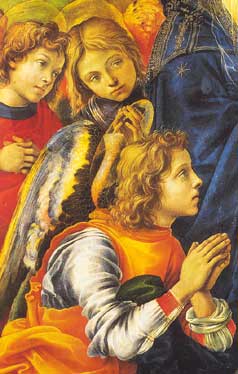 The first angel expert source mentioned above, the book "A Dictionary Of Angels: Including the Fallen Angels," by Gustav Davidson, can be bought at www.amazon.com

This information is taken from the late Gustav Davidson, bibliographer at the Library of Congress and past Secretary Emeritus of the Poetry Society of America. The angels have been researched in depth by Mr. Davidson who is the foremost authority on angels in the angel field. 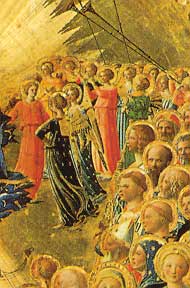 The second angel expert source mentioned above, "The Old Testament Pseudoepigrapha: Volumes 1 and 2" contains major angel books from the Bible before the 4th Century, when the Pope took out many major angel books out of the Bible because the Scientific Method was prevalent in that century and there was much controversy over it. Our major angel material that Gustav Davidson and other significant angel authors pulled their material from came from these old books of the Bible because our present Bible versions do not contain much angel material, being that they were all pulled out in the earlier centuries. Angels walk across the pages in the Book of the Apocalypse of Elijah and throughout the pages of the books of Enoch I, Enoch II, Enoch III, and right into the Book of Mary, all of which are contained within "The Old Testament Pseudoepigrapha: Volumes 1 and 2."

God designated Enoch to write about the angels in Heaven. God had Uriel, the Archangel, give Enoch a tour through Heaven so he could write about the angels. The books that resulted from God's request were Enoch I, Enoch II, and Enoch III, which were the major angel books of the Bible until the 4th century.

The third angel expert source mentioned above, Enoch I, speaks for itself like a grand novel on Heaven. However, it isn't fiction. It's Truth. And it is filled with the flowering of angels in all their splendor, and it's a definite must-read!

The fourth expert source mentioned above is The Koran, which starts out with The Archangel Gabriel visiting Mohammad, blessing him, making him literate, and Divinely inspiring him through automatic writing so he wrote the Koran. Mohammad filled The Koran with a blossoming of angels that have never been edited out to this day. Every page is filled with angels visiting people with Divine messages, love, light, and healing, a very inspiring book.

The fifth angel expert source mentioned above is The Torah, which from the first verse of God blowing the wind across the waters at the beginning of time is filled with verses about the angels.

The sixth expert angel source mentioned above is The Puranas, The Mahabharata, and The Gita all of which are sacred texts of The Hindu Culture across The Himalyas and India. These sacred texts are filled with angels and archangels that are called devas, mahavatars, (and mistakenly gods by the English), that walk among mankind to teach and uplift humanity. It is one of our richest sources for accurate heaven literature in my findings of research and actual experience as Sandie Lee Bohlig in this life. Please research it yourself with a firm faith and you just might end up on an angel's or God's doorstep yourself.

The seventh angel expert source for reference angel material is through the indiginous oral tradition of native people across the globe. When you research this area, you will find rich angel material as well, including strange phenomena like The Mandan Lakota Sioux and Hunkapa Lakota Sioux who have an oral tradition that was recorded by The USA Bureau of Ethnography Field Archeologists in the 1860's that a shining white male angel with a crown of bleeding thorns and a beard appeared to them to teach some principals that needed to be followed by the tribe to get along with mankind better that were similar to the ten commandments. He helped Buffalo Calf Pipe Woman bring the Sun Dance to The Lakota Sioux, which is still practiced by many tribes today. Please peruse the Smithsonian Bureau of Ethnography recorded oral traditions and you will find many surprises across the globe as I did and they are filled with angels like Buffalo Calf Pipe Woman who is like Mary and like the Shining White Jesus across the globe. I just love the Australian Dream Time Religion—please look into it with an open heart. Babaji is always telling me that we are all one-and we are.